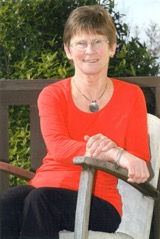 My Journey To Ostomy and Achievements To Date

What should have been a memorable experience in the early 70s resulted in a never-ending nightmare in one way, but a very worthwhile outcome with the birth of my second child. After a trouble free pregnancy, came a labor lasting just 30 minutes from the first twinge to the resulting birth of a beautiful daughter now 46 years old, but unfortunately, irreparable damage to my body.

I battled with total incontinence, unable to stay dry long enough to hang out the washing or do my own shopping and endured 18 surgical procedures with my longest stay at home during this time being just 3 weeks at time.

Having a Urostomy performed was suggested as a solution. I thought to myself that gone would be the days when the number of knickers on the clothes line each day would reach into double figures, I would now be able to have a leisurely wander around the supermarket and spend quality time with my family.

Four long months and several complications later, I returned to my home and family 200 kilometres away and began to rebuild my life. (My older son had also spent many weeks over the last 15 months in hospital with Intersuception requiring three lots of surgery followed by several bouts of gastroenteritis and then TB).

Progress was incredibly slow however, with a continuous battle with infection and ulceration around my stoma, until the surrounding tissue was so corroded that it looked from the inside out. My surgeon decided to attempt a reconstruction. However, this too proved to cause more trouble than enough (through no fault of the surgery) and an attempt was made to reconstruct the reconstruction, which I battled with for a period of time before having another Urostomy performed.

The lightest moment of that time came from my delightful daughter, who was by now in the infant class at school and was having a morning talk when they had to tell the class about something they had to do at home that Mummy & Daddy didn’t have to do. She told the class how unfair it was that she always had to go to the toilet to do a wee, and her Mum just did it in a plastic bag!!! (She was forgiven, but rumour was rife in a small town like Alexandra).

I should perhaps explain my definition of “Incredibly Slow” as you may have already guessed that I am an incredibly inpatient person. It spans over many years, in which time I suffered gross discomfort, a loss of self-respect, many hours a day doubled over with pain and smelling like a walking sewer most of the time.

Things did look up for a while however, I began working again and got back to swimming, playing sport, cycling and walking, all of which I loved. I even competed in triathlons, but my health began to plummet yet again, with infections again being a huge problem, which of course meant more antibiotics and I learned that I would have to give up work. My whole world had crashed and suddenly I had nothing to look forward to – I was a nothing person with nowhere to go except to specialist and doctors waiting rooms.

Sure I had other interests, all with voluntary organizations, however I was on the wrong side of 45, too old for this benefit and too young for that one and told I was far too old to re-train for anything else, I didn’t have much to look forward to really. I had also by this time had 3 lots of surgery for an achilles problem which had me in and out of hospital yet again & in plaster for the biggest part of 2 years. My life was truly shattered.

After thinking my life was at last on track I was tied down again for a further 3 months in 2006 after having to undergo extensive spinal surgery and again in 2013 & mid 2014 when having to undergo knee surgery.

I have enjoyed an interesting and rewarding involvement with the New Zealand Ostomy Society in a variety of ways since my initial surgery in the early 70s. Having held various positions over those years including Chairperson of the Ashburton Branch, a position I held for almost 21 years having previously served as both Secretary and Treasurer and I have also held the position of Secretary of the South Canterbury Branch for the past 16 years.

I have been a member of the National Executive of the Federation of New Zealand Ostomy Societies for the past 18 years and am currently their National President. During this time I have organized a reprint of the FNZOS information booklet “Living With Your Ostomy”, been involved in fundraising projects and helped with the running of very successful camps for young ostomates between the ages of 11 and 20.

I accepted the challenge as Editor of the NZ Ostomate magazine in 2003 and continue to look forward with enthusiasm to producing each issue and have been part of the organizing committee for the FNZOS Conferences and AGMs held in both Ashburton and Timaru.

I have been a volunteer lifeguard at the Ashburton Community Pool for 33 years, a volunteer with the Evening District Nurse for 34 years, and a member of Ashburton Town Watch for 24 years all of which I thoroughly enjoy. I am not good at being idle and swimming most days and regular walking takes care of my leisure time.

Although the last 45 years have been a trial in many ways, life must go on, and being one who WILL NOT be beaten, if a few pills a day, occasional Antibiotic treatments and the odd hour or so sitting in a hospital or doctors waiting rooms keep me functioning –

Life Is For Living, And I’m Living