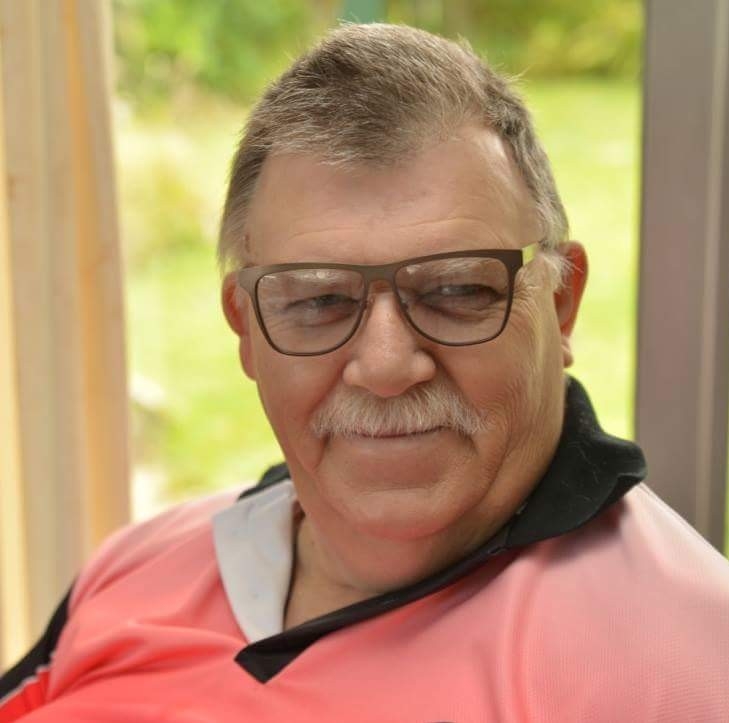 My name is Paul and this is my story on how I ended up with my urostamate.

For over 40 years I was a truck driver. In 1996 my wife, daughter and I moved to Brisbane where I continued driving. It was a job I loved and still miss every day.

It wasn’t till 2008 I started have urinating problems and a good friend of mine told me I should get a check. At the time, I had that typical male attitude “she’ll be right, mate”. I didn’t know at the time is just a blood test (let’s face it, no bloke wants his bum being poked around in and that’s what put me off)

I did, at last, go and get the test done. The result? My PSA (the metric for the health of your prostate) was 36. The benchmark for normal is 0.0-5.

I went to a specialist who told me all of my options. It was a scary time and I thought I was going to die. Suddenly a doctor poking around didn’t seem quite so bad. Ha.

I started with radiation therapy and even though I did get very tired after the treatments, I kept working throughout it. I had 37 therapy sessions, where they targeted my prostate with an x-ray type machine for several minutes at a time.

Once I had finished the radio-therapy I was put on Zoladex injections (this is one big ass needle and releases female hormones to stop the cancer from thriving in my body – yes my bum does look fat in these jeans now and my wife regularly passes the tissues during cute animal movies). I’ve been having them for approximately 8- 9 years now.

Now comes the interesting part, we moved back to New Zealand and I needed a hip operation. Thanks to a good Doctor, it happened within a year! It was such a great feeling to be able to walk properly again!

Then the urinating issues started again. My doctor referred me to north shore hospital to find out why I was having so much trouble.

It was at this time the specialist (Dr. Koya) started using catheters to control the problem and make it easier for me to get out and about. I didn’t like them at all. It was horrible having them inserted and I felt like I had lost all of my privacy (again, a finger in my bum right back at the start didn’t seem like such a bad option)

After about 8 months the catheters began bursting inside of me. It was extremely painful, and each time they had more trouble inserting a new catheter. One day, when driving home from my Mother-in-law’s, another catheter burst and nobody could get it back in (three nurses, two doctors and a great team of experienced people!). I ended up in Auckland hospital where they had to insert the catheter surgically.

During the surgery they also did some investigating and discovered the reason was because my bladder had shrunk due to the radiation therapy. A normal bladder is the size of a grapefruit. Mine is the size of a walnut.

Once they had established a plan the next step was to have an ileal conduit installed, where they bypassed my bladder through a section of my bowel.

After a tough few months recovery, there is no stopping me now and I feel like my independence is back and I can even start wearing shorts again and go to the gym (carefully)… roll on summer!!

I also have a number of friends who have problems with their prostates too, mainly from sitting so long in the driver’s seat. Many of us ignored the toilet breaks we should have been having. So my challenge to you is to take regular breaks and get the bloody blood test and make sure everything is okay!